If you want to have a juicy steak/burger without killing animals, the only solution is clean meat cultivated in a lab. Moreover, you don’t need to think about health issues. Lab-grown meat is not yet available in the market, but we can be able to buy it from the superstores or local shops next to our houses shortly.

Scientist Russell Ross first performed in vitro culture of muscle fibers. In the early 21st century, many scientists and universities started extensive research on tissue engineering and made perfect meat to cook or to make steak. Then the public trial was done. According to thousands of people involved in the trial, clean meat is quite similar to original meat with perfect consistency, almost the same taste, and flavor with no fat.

After a successful public trial, some big companies came forward to develop it further and started funding for research to make it better. Chicken, pork, fish, and beef meat were cultivated in laboratories. Many startups began working with many companies’ sponsorship, and thus, the cultivated meat industry is started to evolve.

In 2019, there was an outstanding achievement unlocked. Clean meat was successfully produced in International Space Station (ISS) about 400 kilometers above the earth through Aleph farms.

Stem cells are used as starter cells as they proliferate very quickly. Stem cells can be developed in every type of cell of an animal’s body. Embryonic stem cells, adult stem cells, myoblasts are used for the production of clean meat. 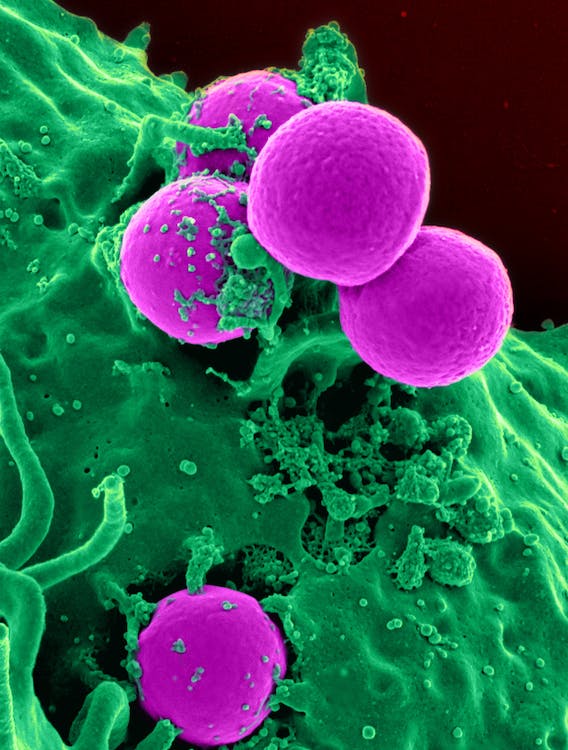 Growth in the culture medium

The culture medium provides the perfect environment for the development of clean meat. In a culture medium, essential nutrients are used in ideal quantities for the starter cells’ optimum growth. If all the requirements are fulfilled perfectly, then the tissue culture becomes successful.

At present, one pound of cultivated meat can cost 1.2 million dollars. The production of clean meat is costly, but scientists are working relentlessly to reduce the cost for the culture and we hope that it will become economic shortly.

After various controlled trials, scientists are sure that it is healthier than conventional meat to some extent. In the traditional growth of meat, hormones, antibiotics, and different chemical substances are used. On the other hand, those harmful chemical substances are not used, as clean meat production is strictly controlled and does not require any dangerous chemicals like pesticides, fungicides, or antibiotics.

The world is facing some emerging diseases like bird flu, swine flu, and coronavirus. Those zoonotic diseases are evolved due to having animal meat without proper cooking. Clean meat is produced in a strictly controlled environment, so this type of infection cannot emerge. 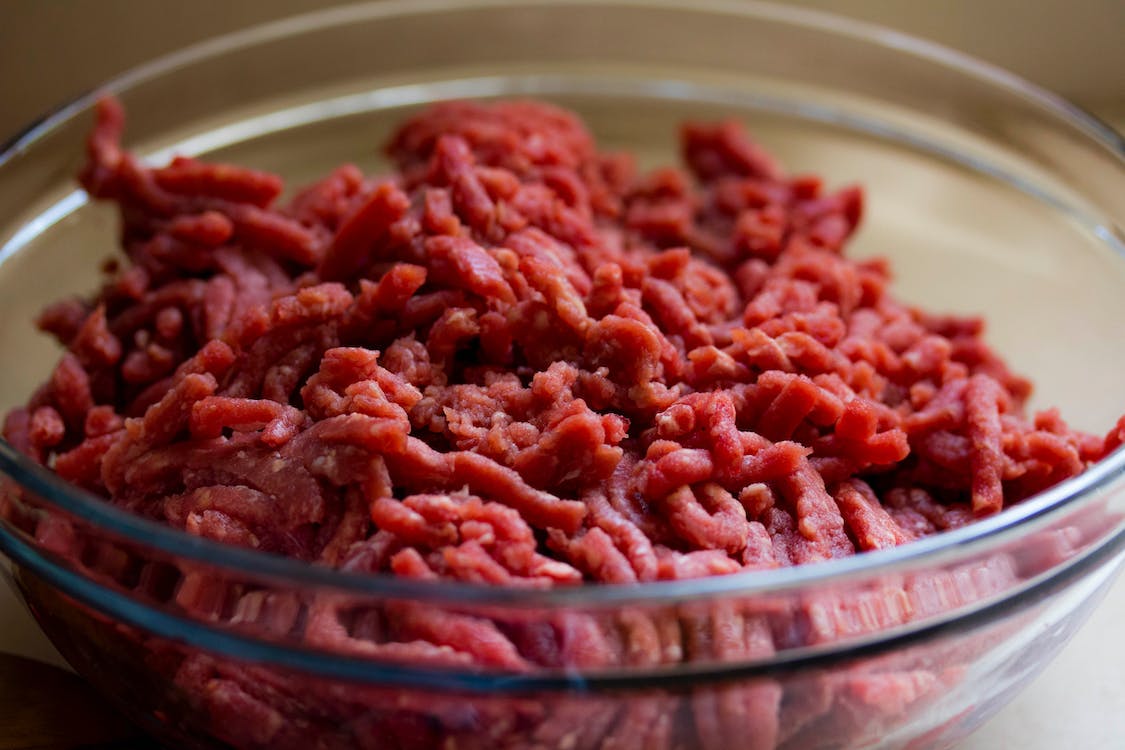 Conventional meat is processed in a slaughterhouse that is not sterile and there can be a lot of contamination and many foodborne diseases can occur. But artificial meat is grown in a sterile environment that makes it safer concerning disease causation. A tremendous amount of waste products have been produced in meat processing, which is a significant source of pollution. Skin processed in tanneries is polluting rivers and their surroundings.

Fortifications can be done with cultivated meat. The omega-3 fatty acid can be added to clean meat. Due to technological advancements now scientists can control cellular or molecular compositions and nutritional profiles. That’s why it becomes healthier. Long-term processed meat can cause various types of diseases, including cardiac and endocrine problems. Clean meat can overcome this problem too.

Different types of food need specific types of meat. That’s why other parts of animals can not be used properly. For instance, chicken breasts, wings, and legs are used in various foods and other parts have no significant use. For making a streak, chefs search for a specific type of meat. At present, scientists can produce useful parts of animals avoiding unnecessary parts by tissue engineering.

Many wildlife has been killed every year for the demand for meat. Many species have already vanished from the earth. It affects the balance of the environment on earth. If we can use clean meat, wildlife will be saved.

A significant amount of land is used for animal keeping. It is a crucial pollution source—a significant amount of carbon dioxide gas is generated from this massive animal population. Universities such as Oxford and Amsterdam find that cultured meat is more environmentally friendly as it generates fewer greenhouse gases.

There are many animal welfare groups in the world. They are working to stop cruelty against animals. Animals are slaughtered because of the demand for meat worldwide. A significant number of vegetarians don’t have meat because of animal cruelty. But the availability of cultivated meat will be a relaxing thing for the animal welfare groups. Now they can have the taste of meat, fish, and seafood without killing or doing any harm to the animals. It will reduce animal suffering.

Now clean meat is in a developmental phase and is not so cost-efficient, but when it becomes cost-efficient, there should be some strict rules and regulations for producing this artificial meat. Unregulated production of cultivated meat can become hazardous for health.

It is crucial to clear the religious consideration of cultivated meat. According to the International Islamic Fiqh Academy, it will not be considered made from live animals and is declared as vegetative and similar to your yogurt and fermented pickles. On the contrary, In Hinduism, the president of Hindu Mahasabha, will not be accepted to be traded in a marketplace and is being used for a commercial purpose.

The technological advancement in the clean meat industry is now helping the medical sector. Scientists and physicians are working on tissue engineering to treat serious congenital muscle diseases, such as muscular dystrophy. Artificial organs are also showing their potential in the health sector

Now the world is advancing every day. We are consuming futuristic products in our day-to-day life. Food production is increased multiple times because of technological advancements. But we can not make it safe for health. Due to the use of various chemicals, our life is now at great risk. That’s why it is the perfect time to search for futuristic food that will be cheaper, safer, cleaner. Clean meat is going to be an excellent solution on this path. We are eagerly looking forward to having clean meat on our dining tables.

MrHomeAppliances.Com is a participant in the Amazon Services LLC Associates Program, an associates advertising program designed to provide a means for sites to earn advertising fees by advertising and linking to Amazon.com. As an Amazon Associate, we earn from qualifying purchases. Additionally, MrHomeAppliances.Com participates in various other associate programs, and we sometimes get a commission through purchases made through our links. Amazon and the Amazon logo are trademarks of Amazon.com, Inc., or its associates. We do not specifically market to children under 13.

All information on this website is intended for entertainment and educational purposes only. It is not a replacement or substitute for professional medical advice and/or treatment. Consult with your own doctor for information and advice on your specific questions. All wallpapers and backgrounds found here are believed to be in the “public domain”. Most of the images displayed are of unknown origin. We do not intend to infringe any legitimate intellectual right, artistic rights or copyright. If you are the rightful owner of any of the pictures/wallpapers posted here, and you do not want it to be displayed or if you require a suitable credit, then please CONTACT US and we will immediately do whatever is needed either for the image to be removed or provide credit where it is due. All the content of this site are do not gain any financial benefit from the downloads of any images/wallpaper.
Scroll back to top